The Tyne Valley and surrounding countryside is ideal for both serious walking and energetic cycling. It can also be a canny place to stroll and wander or for gentle pedal pushing with plenty of stops to take in the sights and views. Quiet country roads are easy to find in the Tyne Valley area as are traffic- free trackways and footpaths.

Hadrian's Cycleway is a 170 mile (273.6) route from Tynemouth on the Northumbrian coast to Ravenglass on the west coast in Cumbria. The route is described by Sustrans as taking in ‘magnificent coastal views and breathtaking countryside’, and includes ‘roman forts and museums, quaint villages and attractive market towns, all set in a World Heritage Site.’

The route goes through Ovingham right past the Elmhurst holiday cottage’s front door from where organised racing teams, touring groups of cyclists and the more leisured happy pedlars can regularly be viewed. See Sustrans for more detailed information on selected cycle routes in the area.

Bikes can be transported by train on the Tyne Valley rail line between Newcastle and Carlisle. This provides a series of starting and finishing points at numerous delightful towns and villages along the way. Elmhurst has a secure cycle storage facility for guests bringing their own cycles. Bikes can be hired from a variety of places such as Eco Cycle Adventures tel. 01434600600 based in Hexham. Cycles can be collected or delivered direct to the holiday address.

‘Northumberland is one big bundle of trails, paths, tracks and routes’ claims the Northumberland tourism website. And walking in the Tyne Valley is no exception with villages and towns along the river easily accessed by foot. For the more adventurous, tracks and pathways lead up and out of the valley south towards the Pennine Hills and north towards the Roman wall with a view of the Cheviots. www.visitnorthumberland.com/sports-activities/walking/rivertyne

Hadrian’s Wall Path is a long-distance footpath 84 miles (135 km) in length running from Wallsend on the east coast of England to Bowness-on-Solway on the west coast. For most of its length it is close to the remains of Hadrian's Wall including a series of forts, civilian settlements, milecastles, defensive ditches and religious sites built by the Romans on the northern border of the empire. The walk is usually divided into six stages. The stages most readily accessible from Ovingham are the Wallsend to Heddon-on-the-Wall stretch of 15 miles (24km) and Heddon-on-the-Wall to Chollerford 15.5 miles (25 km) in length.

It can be accessed by the Wylam Waggonway 400 metres before the cottage where George Stephenson was born. This stretch of the path ends at Heddon-on-the-Wall where a significant section of Hadrian’s wall can be seen. The stretch of the Waggonway from Wylam to Newburn running close to and parallel with the River Tyne is flat and suitable for wheelchairs. There are pubs and cafes by the river at Newburn and on the hill at Heddon-on-the-Wall.
Hadrian’s wall footpath can also be joined just over 5km north of Ovingham at Harlow Hill where the walker can turn east following the route across farmland towards Heddon or inland where the terrain turns increasingly to moorland.  www.nationaltrailbreaks.com/en_GB/trails/hadrians-wall-path/ 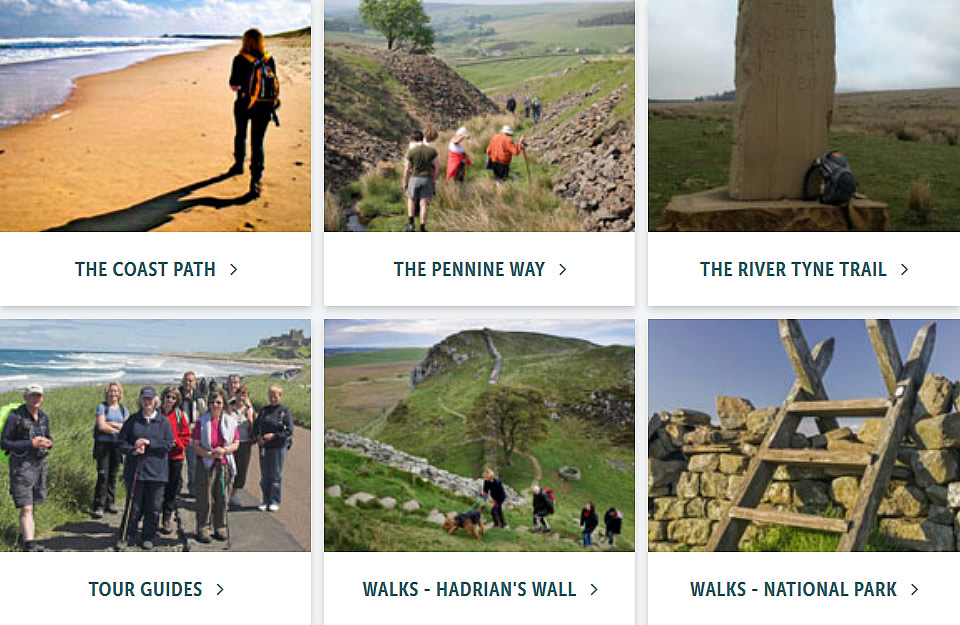